Skip to content Skip to navigation
See our Campus Ready site for the most up to date information about instruction.Campus ReadyCOVID Help
Human Resources
Office of the Chancellor
Wednesday 28 July 2021 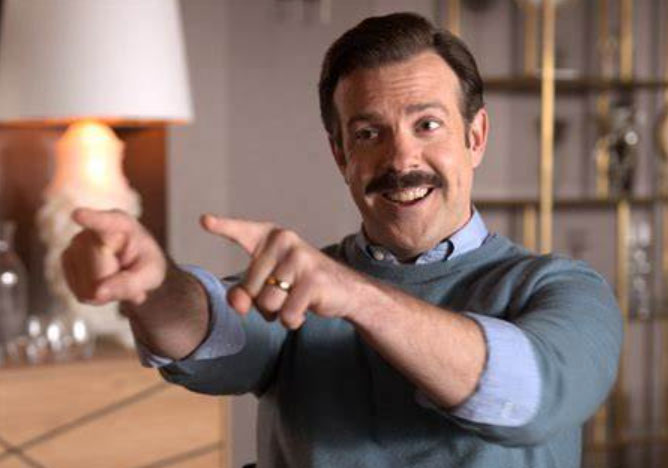 Keeping up with all the new TV shows on the numerous streaming services has become a bit overwhelming, and I know the last thing any of us needs is to hear about a new show on a relatively new service that we should watch. Yet, here I am to say … you should watch Ted Lasso on Apple TV+. And I share this with you for leadership development purposes, not for entertainment.

Ted Lasso (10 episodes), which presents as a comedy, is ripe with lessons in transformational and servant leadership. I want to share three of my favorite leadership lessons from Ted Lasso. You need not have seen the show to continue reading. However, I recommend coming back to these lessons if you do end up checking it out (and I promise there are no spoilers here).

For a bit of context, Lasso (Jason Sudeikis) is an American football coach hired by a British soccer team in an attempt by the ownership to sabotage the team’s success. Ted knows nothing about soccer and has an upward battle to rally the team and fans together.

Lesson No.1: Turn Rivals into Friends – Lasso from Episode 3: “He’s a tough cookie, but that’s OK. You know what you do with a tough cookie? You dunk them in milk.”

It is normal to avoid or confront those who make it difficult for us to do our jobs. Lasso does the opposite. Rather than find ways to outmaneuver or avoid his rivals, he seeks to turn them into allies. Lasso takes his rivals out to dinner, invites conversation and seeks to understand them and build on common ground. By being a friend to his rivals, he makes it impossible for them not to reciprocate friendship. You see throughout the show that the more people he rallies into his corner, the more the team can accomplish.

Lesson No. 2: Help People See Their Value – Lasso from Episode 1 to the equipment manager: “You continue to impress, Nathan.” Equipment Manager: “You remembered my name?”

You may look for a soccer team on the field, but Ted Lasso looks for the team in all corners of the locker room, staff offices and even the stands. He treats everyone like a valued member of the team, not just the star players. In turn, people feel inspired to do their best because they are being seen and valued for their contribution. This leadership quality brings out the best in others and encourages ownership over their role in the team’s success.

Lesson No. 3: Share the Spotlight – Lasso from Episode 7 to the equipment manager: “You’re giving the pregame talk.”

Knowing nothing about soccer, Lasso finds success as a coach by letting others lead. He encourages leadership from the players, assistant coaches and unassuming staff. He makes space for others to give pre-game talks, add plays to the playbook, motivate each other, and resolve disputes. By creating platforms and opportunities for others to practice leadership, the team truly becomes greater than the sum of its parts.

There are many more lessons in leadership offered in Ted Lasso and the show demonstrates countless scenarios as examples. If you are interested in a fun way to increase your leadership awareness and skills, look no further than Ted Lasso.